（2018.1.26）The Seminar for Companies on Recruitment of Foreign Students was held on January 26th. 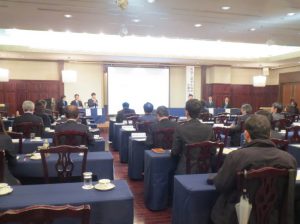 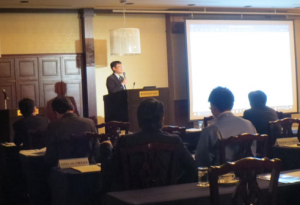 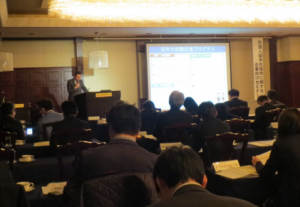 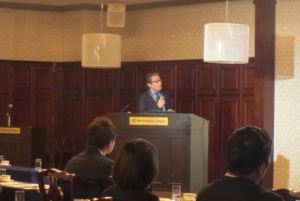 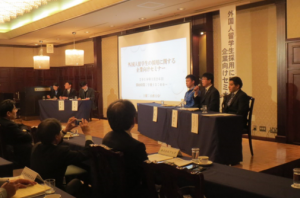 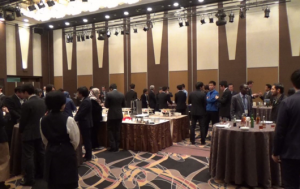 A seminar for companies concerning recruitment of international students was held on January 26, 2018,
at Hotel Metropolitan Yamagata (Yamagata City). Several companies within Yamagata Prefecture and foreign students
who wished to get a job attended in this seminar. Mr. Makoto Ayabe, Associate Professor of Graduate School of Science
and Engineering, gave an explanation about achievements of international students education at Yamagata University.
After that Prof.Toshihiko Shindo,Professor in charge,described the details of the Employment Promotion Program
for International Students.

The event was continued by explanation about the latest trend of recruitment of foreigners from staff of Mynavi Corporation.
As an example of recruitment of foreign students within Yamagata Prefecture,President Director of Suzuki High-Tech Inc.,
Mr. Kazunori Suzuki, explained the chronology of employment of Chinese and Bolivian former international students.
He also shared about their working performance and several points to consider by company for hiring foreign students.

During seminar, there was an explanation about official procedure for visa change (from student visa to working visa)
for international students if they wanted to get a job at Japanese company. At the end of seminar, there was a panel discussion
with the member consisted of three former international students who are currently working in company in Yamagata Prefecture,
staff of Mynavi Corporation, and university staff. In panel discussion, these members talked about how did the former international
students get a job, what kind of problem they faced up, how did they solve the problem, or about aspiration toward company etc.